Think outside the box - Literally

We’ve all heard the advice, “Think outside the box,” but now, thanks to a team of researchers, the cliché takes on a whole new, literal meaning.

Three scholars of management and organizations—two from the University of Michigan, one from New York University (NYU)—reveal their compelling new findings about creativity. The writers indicate a direct correlation between people’s physical experiences and their ability to come up with fresh ideas and solutions.

In one study, the team gave 102 NYU undergraduates an assignment calling for innovative thinking: “to generate a word (‘tape,’ for example) that related to each of three presented word clues (‘measure,’ ‘worm,’ and ‘video’).” Some of the test subjects had to sit inside a 125-cubic-foot box built of plastic pipe and cardboard, while the others worked, yes, outside the box. Fascinatingly, the latter group thought up “over 20 percent more creative solutions.”

Another study focused on 104 Singapore Management University students. The researchers asked them to look at pictures of Lego objects, and imagine novel ways in which the objects could be used. The students had to think while walking—some freely, others around a rectangular path marked out with duct tape. As in the first experiment, the group with greater flexibility produced “over 25 percent more original ideas.” The article explains how this was measured.

These examples of what psychologists call “embodied cognition” blur the mind-body distinction long present in Western thought. “Bodily experiences can help create new knowledge,” the authors say, so “we may have to avoid working in cubicles” if our jobs demand creativity. But not completely, for “to think outside the box, you first need a box". 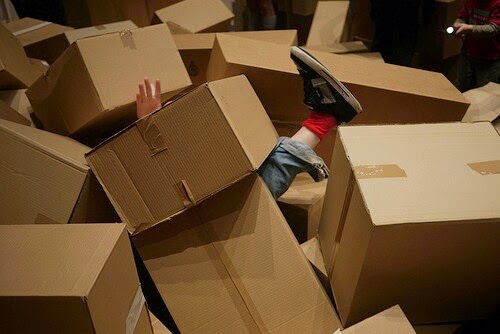 Posted by Unknown at 12:12 AM No comments: Links to this post

Journey without an end

It’s the saying that love is a journey, not a destination.

If it’s to last, must lie in the journey, not in the destination; in the moving of two people towards common goals, not in the goals themselves. It’s not a competition to be won, nor a mark to be achieved. It doesn’t exist in the check points of a to-do list.


It runs parallel to all that, bubbling along quietly and settling as it pleases. And all we can do is hope that where it settles is with us, and long enough for us to really appreciate it for what it is.

But its our egos what seem to get in the way of understanding those who we love and care about. Often it is our need to be right that makes what others think and feel so wrong for us. I have certainly been quite guilty of this in my relationship.

Understand your love. Lose your ego and enjoy this beautiful journey without an end.

My diary is my best friend

My hand moves across the page, and I’m liking my own handwriting. It feels strange to like such a bad handwriting , even I’ve disliked it for so long! Nobody will remember what happened today, but I will. I’ve written it down. And sometimes I get revelations, about my now and about my past. With the help of my diary I am able to know about the monsters dwelling inside my head.

That’s when it’s exhilarating to write. 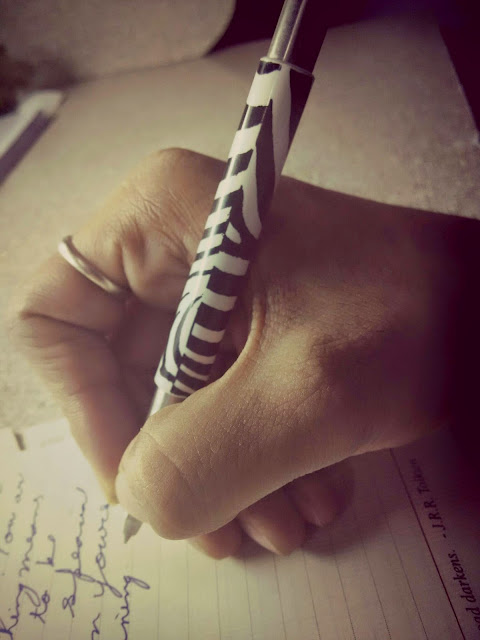 Wishing you a very Happy Birthday!. 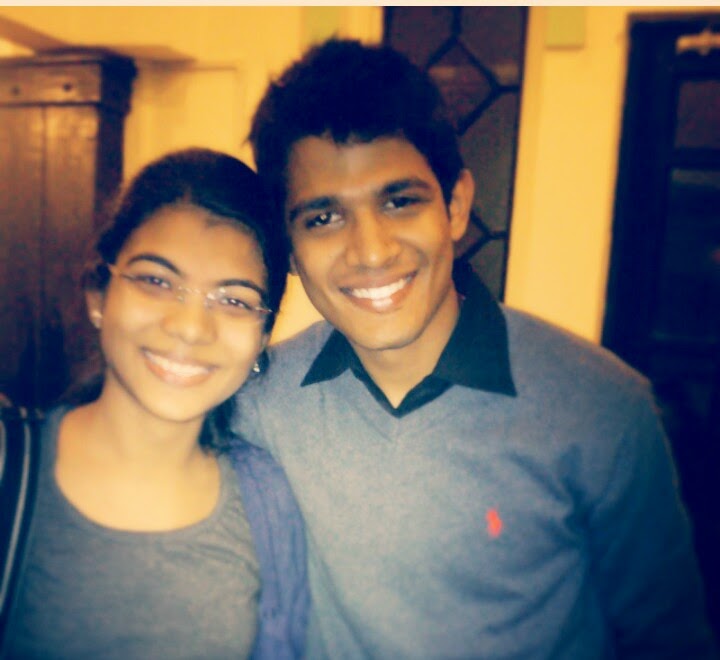 I will be the first to admit that I suck in person and on the phone in expressing my feelings and being all mushy. I just get so nervous and the words fail me. I am so much better at putting pen to paper or my fingers to the keyboard and spilling out my thoughts. So because of this, you can understand why we talk over texts so much.

I am doing this post as part of a Birthday gift to my friend, Aditi. :) Happy 23rd Birthday to you!

I don’t remember the exact date that my colleague went from being simply my colleague (which is an amazing thing in itself) to being a friend. From the beginning, we had different interests, but also a lot in common.

I still remember all those silly talks, beating, making fun of our other colleagues in the office.

I still remember unplugging the power to your LG laptop.

I still remember you scolding me every time for not wearing my glasses.

I still remember you laughing over me giving reports in the biggest font size available.

I still remember the worst drink we (actually only me) had in CCD.

Ahh..! I am good at memory, I remember (almost) everything.

I wish that your Mr. Right would hurry up and show his face, because you deserve an amazing guy. I think he is taking longer to show up, not because of anything you lack (might be :P), but rather because there’s not very many great guys out there who are awesome enough for someone as great as you. I think I am allowed to lie a little.

Hope we get more such wonderful memories to cheer on, cherish and celebrate. And just for the records I am eagerly waiting for your book, although you know I hate reading books. Happy Birthday!

Posted by Unknown at 8:54 PM No comments:

Let me tell you something you already know.

The world ain’t all sunshine and rainbows. It’s a very mean and nasty place and I don’t care how tough you are it will beat you to your knees and keep you there permanently if you let it. You, me, or nobody is gonna hit as hard as life. But it ain’t about how hard ya hit. It’s about how hard you can get it and keep moving forward. How much you can take and keep moving forward. That’s how winning is done!

Now if you know what you’re worth then go out and get what you’re worth. But ya gotta be willing to take the hits, and not pointing fingers saying you ain’t where you wanna be because of him, or her, or anybody! Cowards do that and that ain’t you! You’re better than that.

Posted by Unknown at 2:51 PM No comments: